I had a dream.
On the shore of the lake, an old man wearing down is laughing. He has great ears and his smile gives him a sense of security. I don’t have anything. I’m standing there with a big smile.

I woke up ─ and thought. That little old man must be someone in the Seven Lucky Gods …

What is the Seven Lucky Gods? 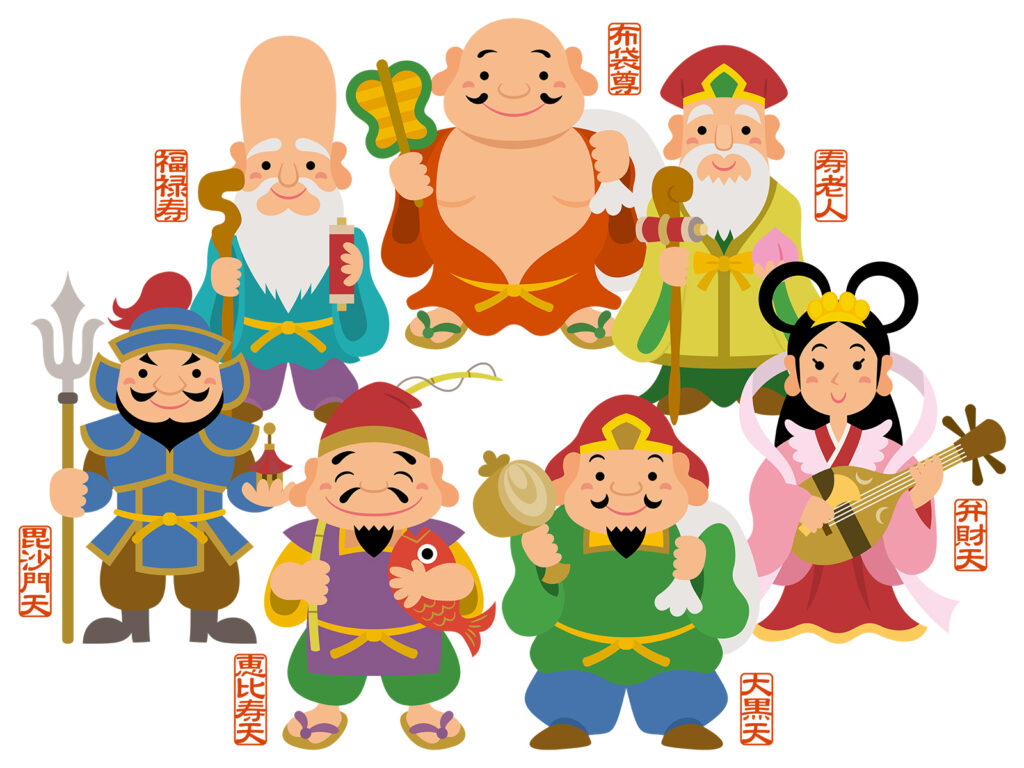 Daikokuten has a gavel to launch. The little old man didn’t have a gavel. Rather, I had both hands in my pocket.

The atmosphere of a smile is closest to Mr. Budai. I didn’t have a bag, but I wonder if it’s in my pocket instead ~

The atmosphere is different ~

I think that Budai was precious.

A person who has the power of a mysterious smile that makes people feel satisfied, gives various things from the bag he carries, and has the legend of being simple, poor, and small, and is said to have existed.

The smile of the little old man towards me unconditionally reassured me. I had my hand in a down pocket similar to the one I was wearing, and I didn’t have anything else.

A smile with a condition (such as being rich or being praised by a person) disappears when the condition disappears.

There is no need for a smile.

What you really need will surely come out of the pocket where the little old man is sticking his hand.

The Seven Lucky Gods are the seven deities that are worshiped in Japan as bringing good fortune. The seven pillars are generally considered to be Ebisu, Daikokuten, Fukurokuju, Bishamonten, Budai, Jurojin, and Benzaiten, each of which has various backgrounds such as Hinduism, Buddhism, Taoism, and Shintoism. From Wikipedia.